Proud to serve Oklahomans since 1971

Johnnie Haynes started in the restaurant business in 1946 on the west coast.

After moving to Oklahoma City in the 1950’s, he initially went to work for Sky Chefs at Will Rogers World Airport. For 18 years, he managed the famous Split-T restaurant, formerly located on Western Avenue north of I-44.

The first location was a drive-in with 12 car-hop stalls, 12 inside booths and inside seating capacity of 48. The restaurant moved and expanded in 1977 to the Britton Road location.

Expansion occurred again in 1981, when the restaurant opened its second restaurant in Edmond. Originally operating in the northwest corner of a retail shopping center, the owners purchased land and constructed a free-standing restaurant, relocating the establishment in 1995 to its current location on 33rd street.

The third Johnnie’s Charcoal Broiler was established on southwest 74th and Walker in 1983, and enjoys presence in the highly visible I-240 corridor. The Northwest Expressway location was opened in 1992.

Johnnie’s Express, a smaller version of Johnnie’s Charcoal Broiler, was established in 2003. It was designed for as a fast paced dining option with car hop stalls, a drive through and dine in options. You can find our Johnnie’s Express located on May Ave. in Oklahoma City.

Our final expansions have occurred in Moore and at our Britton Rd. location. In 2019 we opened The Lounge at Britton Rd. The Lounge is a full service bar located adjacent to our Britton Rd Store. Patrons can now enjoy beers, wine and cocktails alongside the iconic Johnnie’s menu in the Lounge. Customers in the main dining room also have access to The Lounge through a walk up window. The Lounge features monthly specials, happy hours, and a variety of cocktails, wine and beer.

For fifty years Johnnie’s Charcoal Broiler as been Oklahoma’s destination for quality burgers, fresh cut fries, hand battered onion rings, and homemade pies and soups. As time goes on, some locations have grown and changed, but our quality and service have remained the same. 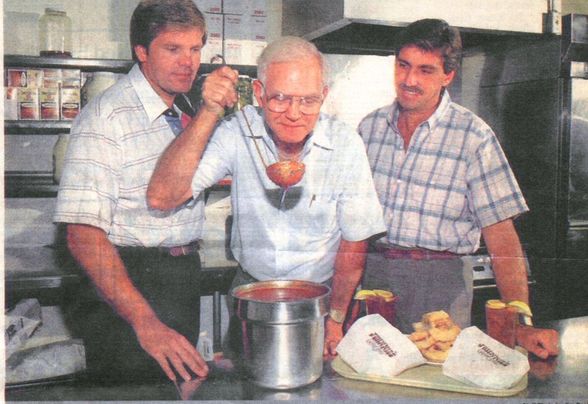 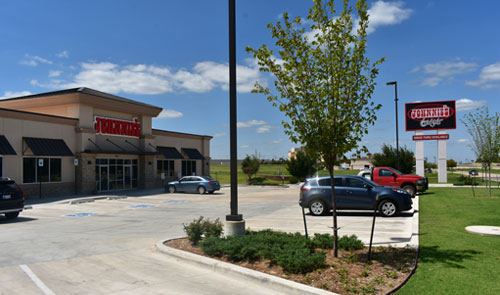 Sorry! No nearby available locations were found. Please try a different address.